I drew this ages ago of the Ukrainian Catholic Cathedral on Duke Street which is just off Oxford Street in London. 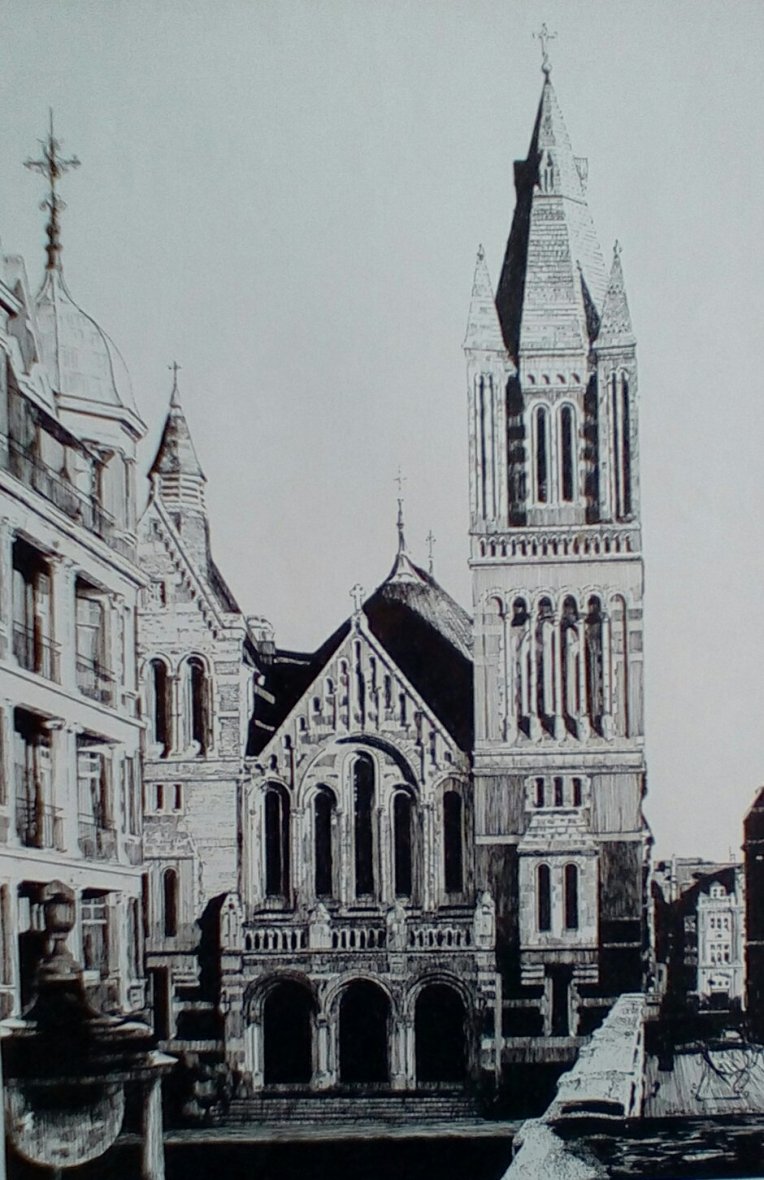 Another oldie this time the reception building at The Mariners on the Island of Anguilla.

I drew this just before it was knocked down for a development of flats. It was the old Palladium Cinema in Kendal. The front part of the building had some lovely 1930 details, now lost forever. The building had already closed down but I was able to get access, I took some photos in the gloom but it wasn’t until the photos were developed that I was able to really see all the furniture and original light fittings that my flash photos had picked up.

The Esplanade Gardens Cafe on the seafront at Shanklin on The Isle Of Wight has recently been ‘redeveloped’ with a new roof and layout. Unfortunately this has meant the loss of the little cupola and the internal wood panelling that gave it it’s character….that’s progress!